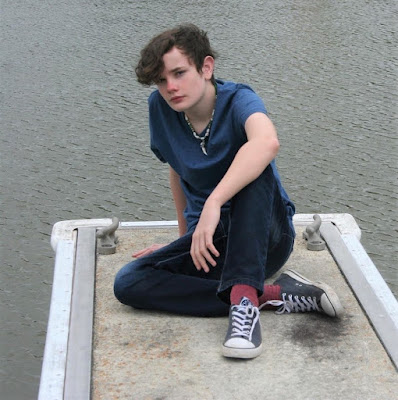 His interests in music and mental health have led him to begin researching into the rising medical field of music therapy as a treatment for various mental illnesses such as depression and/or anxiety.

Evan has since decided to spend a morning of his work experience briefly outlining the benefits of music therapy as well as giving some information on it. He would also like to note he’s finding writing a third person introduction to himself a little bit weird.

Well as anyone who knows me will tell you I’m a bit of a nerd for practical uses for music. I just enjoy seeing my passion being used to help people, so naturally I was drawn to the idea of using music as therapy like a moth to flame because I’d been using music as a kind of self therapy already for years. Because I already had an interest in this topic all I needed was a good excuse to do some research into it (as my spare time was already far too full with being a teenager) so then when we were told by the school to do a 2000 word project on something of our choice I decided then would be a good time to start digging my teeth into some research.

And so I started researching and I’m doing some more currently to fact check the rest of this blog post. The project is yet to be completed but I have so far looked into a fair few sources as well as asked a load of my peers for their thoughts so I will try and give data to fairly represent both the therapy itself as well as my generation’s opinion on it.

Can you briefly explain what music therapy is?

Yeah, sure. Music therapy is, to put it simply, people using music as a way of dealing with mental illness or other issues. It first began in the 1800s but has sat on the back burner of world of treatment for mental illness for many many years. However, recently it has begun to come into the limelight with very high success rates in the face of a mental health crisis. I believe that music therapy is the kind of innovation we need and Powys should have more facilities and support available for people who would enjoy and hopefully reap benefit from this treatment. It’s been shown to help everyone but especially young people and seniors who are exactly the people with highest demand for better mental health treatments.

Do you have any first hand experience with music therapy?

I do, however not from a formal organisation. I learnt music at a young age and have now learnt to write my own songs so I will often do that as a form of escapism when I’m in a bad patch. I have a few friends who have done/are doing the same and though it is helpful it’s nothing compared to the overwhelming success rates of formal music therapy. I’ve talked to my songwriter friends about this a lot and we’ve all agreed that encouraging young people to take up music and creating formal music therapy organisations, or supporting existing ones, would be excellent for the young people of Powys or anywhere really. 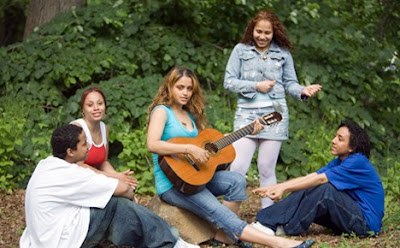 Why do you believe music therapy would be helpful, specifically to young people?

Well as much as I hate to admit it, it is true that young people spend far too much time on their phones and this has proven to have an incredibly negative effect on mental health. So encouraging teens to take up an instrument would provide them with something positive and productive to do instead. This would be as well as the positive effects music gives anyway as a distraction from a problem to help a person temporarily feel better. Or it could be used as a method of facing these emotions and communicating them through song, which for some people (including me) is far easier than talking about them to a therapist or counsellor.

So, not only would it be providing teens with a healthier outlet or distraction from their emotions it would also be keeping them off things that could (and probably will) damage their mental health.

What other benefits does music therapy offer?

Music therapy has also shown huge success rates with seniors due to its social benefits. Music has always had a sense of community about it and music therapy reflects that. It brings people together from all kinds of walks of life to share a love of music. And of course, loneliness is a huge problem amongst elderly people and a chance to come and hang out with some friends and sing some songs would likely be a great opportunity for elderly folks to get out of the house a bit, and jamming out to “Sweet Caroline” with the lads twice a month would give them something to look forward to.

Music can also improve your memory and has been shown to reduce dementia risk which is excellent and only further shows why it’s important for people of all ages to get involved in music therapy if they want/need it. Also if you begin learning an instrument young you’re much more likely to continue with it into adult life so music therapy could turn a depressed teen into a lifelong musician. I think anything that can inspire that kind of change in a person needs to be at the forefront of mental health treatment. 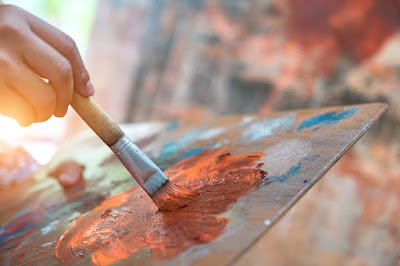 Do the benefits of music therapy carry over to other forms of art?

That hugely depends on what type of art you mean but generally yes, it seems they do. Many of the things I discussed in my last answer are music specific such as the memory and social aspects. However, many of the emotional therapies offered by music do carry over to traditional art, poetry, acting, or any other kind of art you can think of. It seems that just to create can be a therapy for people as a way of venting emotions.

However I think music therapy is the most widely beneficial of the types of art used in therapy (I know traditional art and poetry are also often used) as it also offers the social experience to the elderly and music can be more easily learnt than, say, drawing. However if you really cannot make music but happen to be an incredible poet then that can also have many of the same benefits for you.

Any charities that support this come to mind?

Off the top of my head I’d say if you want to support music therapy donate money to the Nordoff Robbins organisation. They’re the leading charity for music therapy in the UK and it would be excellent if they could open a branch somewhere in Powys.

But if you do want something more local Ponthafren are truly excellent. I was lucky enough to have the chance to see one of their showcases and talk to members of the charity as well as people the charity has helped. Everyone was really lovely and well informed as to the benefits of music therapy and how they benefited from it personally. There’s an excellent atmosphere at Ponthafren and I’d strongly recommend the organisation to anyone whether you want help with your mental health or if you want to listen to some music. Of course they also do other stuff to promote good mental health.

Any closing notes or final thoughts you’d like to say?

It seems like music therapy is a rising medium that just needs to be professionally recognised and implemented alongside traditional therapy methods. It has begun to grow exponentially in the past few years with small scale music events happening to raise money for mental health all over Mid Wales. I believe therefore that it will continue to grow further judging by the amount of advertisements I found for music therapist training courses whilst trying to find a Welsh music therapy charity (I could not find one but I imagine one will open in the near future). If Powys could have a place in this growing medium I believe that would be really cool and I’m certain more of these charities need to be created and supported.
Posted by Jackie N at 15:31