Volunteering while getting benefits 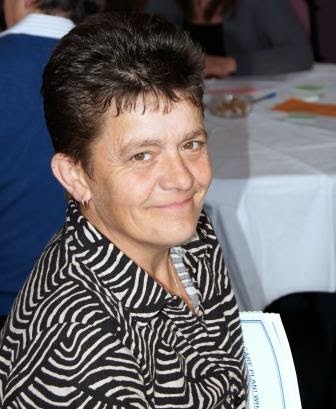 The title of this blog post is also the title of a UK government guide which can be downloaded from the internet here. Quite simply it lays down the rules around volunteering whilst on benefits:

"If you’re getting State benefits, you can be a volunteer and, in nearly all cases, your benefits will not be affected. However, there are some cases where your benefits can be affected, for example, if you get a subsistence allowance or if you’re doing what someone else would normally be paid for."

And yet people who are receiving benefits are sometimes made to feel – by society, by people they know, by workers at the Job Centres they attend - that if they are able to volunteer then of course, they should also be able to work.

Jan Rogers receives benefits and volunteers for the mental health charity Ponthafren Association at the organisation’s centre in Newtown. She is not in paid employment at this time. She wanted to share with a wider audience the value of volunteering to her.

Without going into detail of what, why and where, I will just say, when I first became unwell, I could see NO way out. Well, in fact, I did find a way out and that was to end “it”. To put a stop to the hassle and grief I was causing to my family.

Sometimes I think I functioned quite well in the sense that food was always on the table and the house and children were always clean, at least when they left the house. But I wasn’t living, it was existing - going through the motions. When my husband was in work I would quickly do housework and what I needed to do and then hide. Sometimes I would lie under the bed all day watching the clock so that I would be out in time to cook tea and pick the children up. This was harder when I had younger children so I used to draw the curtains and sit and interact with the children hoping that they would not pick up on how I was feeling. This worked for a few years but every time one of the children called me “Mum” I cringed.

One day Hell had just opened its doors. I went from a person who was out going and enjoyed life to almost becoming a recluse. Although I made sure the children and hubby were fed and looked after, I was sinking into a dark, dark world. I did not bathe or eat until I was so light headed I couldn’t function. My husband gave up his job and although he was amazing he was looking for answers to the complete change in a person, which to him had happened “moreorless overnight”.

I was regularly taken to hospital and sectioned and stays varied from one to three months in the early days. As time went on, with my husband’s and family’s support, and the help of the Community Mental Health Team, I was able to function slightly better, but each day was a struggle for us all. Sometimes I would leave the house and seem and feel okay, drop the children off at school but then, a dark cloud would surround me and I had no idea where I was or who I was. My husband would phone the police after looking, sometimes all night, and I would be back in hospital on a section.

I felt my life was over and although I was lucky in a sense that I had a great supporting family, this in one way was making me feel more guilty as I was letting them down and just causing more grief to the people that were at my side and holding me up.


All I kept thinking was why, why, why?

About six or seven years ago, I took my youngest sons to football practice. I was standing on my own, not really wanting to get into a conversation with people. There was a woman there, who I did not know, she seemed to be in charge of the football sessions. I remember the day well as it was windy, cold and raining, real football weather. The lady came across and introduced her self as Nicky Morris and explained that she was chair of the junior football club, Newtown Whitestars.

We got chatting and this was the first time I had really trusted anybody outside my family. I felt I could talk to her as if I had known her for a lifetime. Nicky went on to explain that she was Co-ordinator of Ponthafren Association , which was a registered charity for people with mental health problems. She suggested I pop in for a chat and see what Ponthafren had to offer for me. I was always very much into my sport, gym and running as well as a very keen gardener.

I went along to Ponthafren with my hubby and met up with Nicky and Jane and chatted. I said I would love to come along to the centre but needed a purpose. Nicky suggested volunteering for a couple of hours a week to go along with people to the gym. So, this is what I did. Mike was always outside at least half an hour before I was due to be picked up as he was very worried.

Over quite some time, I was volunteering more hours and even though some days I would not go in as I was feeling unwell, generally I felt a small sense of achievement. As time went on Mike was feeling more relaxed and able to take a step back. He too then became a volunteer at Pont. I think we sometimes forget about the person that has cared and carried someone with mental health illness for such a long time and almost expect them to pick up where they left off in a sense. This is not reality as when Mike gave up his job he gave up his “Life”, in the sense of friends, associates and a social life.

Some of the things I deal with every day and night:
Some of the things I feel and have partly gained by volunteering are:
I have been nominated and won awards but although I am very grateful for being put forward and gaining these awards I personally (it has taken me years to accept praise and to be honest, deep down, I still cringe even though I smile) feel that these awards I accept are on behalf of every volunteer I know. This, I feel, is how I am able to accept them.

Why do I volunteer?

At the moment I don’t think I would be able to cope with employment. I’m not sure it would be fair on an employer or me. I have never and never will be happy with myself drawing benefits but volunteering goes some way for me to prove my worth to Government, Job Centre, tax payers. I have received, and continue to do so, so much help from Ponthafren – and this is one thing I can do to part pay back for all I receive.

I volunteer in the garden because I am a keen gardener and others get so much out of the garden at Ponthafren. Some people have no garden or in fact a seating area. With volunteering, if somebody asks me to do something, I do not have a problem asking them to write it down if I’m not sure what they said and they don’t mind doing this. As an employee, this would not be okay.

Basically I volunteer because I can. I have failed so much over the years, in most aspects of my life. Volunteering, I feel I do not fail at all. Maybe I can make a difference to someone else!!!!

‘Volunteering’ = Coping , Living, Surviving, so really it is NOT Volunteering in my Mind or Heart !!!!!!

Thank you, Jan, for sharing your volunteering story with us. If you would like to find out more about volunteering, contact the Powys Volunteer Centre which is managed by Powys Association of Voluntary Organisations.

Are you on benefits? Do you volunteer? Tell us about your experiences in the comments box below.
Posted by Jackie N at 09:36