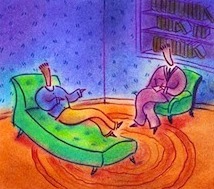 I was speaking to someone in Powys recently about their experience of "going outside of the NHS towards private talking therapy... a really positive step". A positive step seemed like a good subject for a blog post, and our guest author agreed. Read on....


As an individual I have been in contact with mainstream services for over nine years, both in Powys and in other areas of the UK. Over these years, a combination of GPs, psychiatrists and occasionally other staff such as Community Psychiatric Nurses and support staff from Community Mental Health Teams have made efforts to try and alleviate the severe difficulties that go along with a diagnosis of schizophrenia.

I have found that during times of crisis access to support has been available, given that it is asked for in the right way. The problem however, for me and many others, has been with the issue of getting back to being able to live and function on a daily basis and to a level where it would be possible to believe that the goal of full and complete recovery is not only a real thing but something worth pursuing.

Although there can never be a guarantee that severe distress, mental ill health or challenges to wellbeing won’t occur either in someone who has previously had first-hand experience of these things, or in someone who hasn’t, the journey I have been on leads me to believe in one or two controversial things.

Firstly, like many others, and as supported by a growing body of evidence, I have a problem with the medical model of mental ‘illness’. The medical model is not a simple view and advanced neuroscience is often used to highlight areas of the human brain which may sometimes work differently in those who are labelled as ‘schizophrenic’ (to use but one example).

That shouldn’t detain us here, for as well as the causes for this diagnosis being perhaps still largely unknown and certainly not agreed upon amongst medics, the issue of how best to treat the condition is a big problem.

In my experience the first and last option for many practicing psychiatrists has been to prescribe powerful anti-psychotic medication, which especially since the second generation of a-typical anti-psychotics have been used, can and do alleviate or suppress ‘symptoms’ (such as psychosis) and with less pronounced side effects than the original first generation medications. 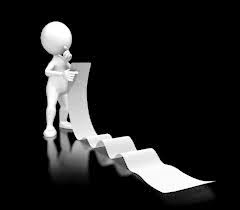 After talking to a pleasant local GP about the possibility of finding other ways to treat my own condition than medication alone, we loosely agreed that some combination of medication and talking therapy would be a sensible plan. However, in Powys the availability of talking therapy through the NHS is highly limited and the waiting list spans several years. One person I met has waited for more than 6 years already.

There are organisations such as Mid Powys Mind in Llandrindod Wells who are able to offer a free counselling service and having tried a couple of months of weekly sessions with a volunteer counsellor I found that the ability to share problems confidentially and in a non-judgemental setting brought much relief.

More recently though, the view that a deeper and longer level of talking therapy could bring improvements to the way a person feels and functions is something which I managed to pick up from sources such as this blog and which in turn led me to explore the availability of private psychotherapy in our area.

Despite living on benefits, with advice on Employment and Support Allowance (ESA) and Personal Independence Payment (PIP) from the Citizens Advice Bureau it has finally been possible to find just enough capital to arrange for regular sessions with a practicing psychotherapist. Partly this is enabled by my practitioner’s policy of subsidising out of work patients with a slightly lower rate to those who are in work.

When making the long decision to proceed, the view of my psychiatrist was that for certain conditions which they believe to be entirely inherent or set in stone within a person’s biological constitution, there would be a risk associated with stirring up long lost memories or otherwise suppressed thoughts and feelings. I was glad of the discussion we had but, in the nicest possible way, could not disagree more strongly with any view which maintains it is not worth pursuing.

After the first couple of months of psychotherapy the tangible areas that many doctors ask about such as mood, sleep and appetite showed marked improvement and once more it seemed that the future could hold prospect and possibility rather than simply being a drab and bleak inevitability, where, to put it frankly, death would have been a welcome event.

I can’t speak highly enough of the time and space that I am lucky enough to have found within which help is given by another mind to sort through the problems and issues which we otherwise face on our own. This would include issues that an individual is aware of and also issues which it is almost impossible to be aware of by yourself.

As for ‘symptoms’, although my therapist is mindful of these and very respectful of the view of GP and psychiatrist, the outlet for me to unburden and unpack life’s major and minor worries means that as long as any possible reduction in medication is done gradually and carefully there is someone else to help keep a watch should difficulties arise.

There is still lots to do, but finally having some level of regular support has been a great relief not just to me but to remaining friends and family. As for the financing of this I would make the case to individuals, health professionals, charities and funding bodies to give increased engagement with other therapy some serious thought.

Have you had experience of talking therapies in Powys recently, whether provided by the NHS, by the voluntary sector or privately? Or are you still on the NHS waiting list? Let us know about your experiences in the comments' section below.
Posted by Jackie N at 12:25