by our guest author from North Powys

It was recently Alcohol Awareness Week and there were lots of stories and comments online about the effect alcohol dependency can have on society. This got me thinking about my own experience and I wanted to write down my thoughts and share my story to help people understand what is like for the families affected by alcohol dependency.

So, let’s start by looking at what exactly alcohol dependency is.


"Alcohol dependence, sometimes known as ‘alcoholism’, is the most serious form of drinking problem and describes a strong, often uncontrollable, desire to drink.

Drinking plays an important part in the day to day life of alcohol dependent people, which could lead to building up a physical tolerance or experiencing withdrawal symptoms if they stop."

The reason I use the above quote is because all too often nowadays people believe that alcohol dependency is a choice. No. No. No!  Alcohol withdrawal is one of the most dangerous and painful of all the addictive substance withdrawals with some awful symptoms such as hand tremors, sweating, nausea, hallucinations and seizures. 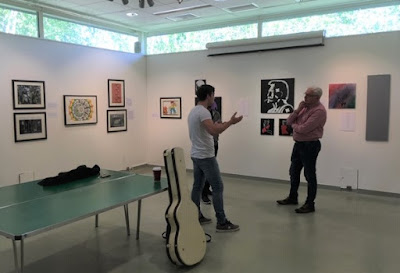 The incident that finally led to my mother’s recovery started with a seizure. She was trying to do the right thing but ended up having seizures. I didn’t live at home at this point, and I got a call from my mother’s boyfriend nonchalantly informing me she was having a seizure. I screamed down the phone whilst running home. I called an ambulance and she went into hospital. It was horrifying but she was released and went into rehab. I found out later that she had been given three months to live.

Then you hear the other argument people often come out with.

"But when someone starts drinking then surely that’s their choice?"

What they don’t know is what happened to start that person drinking. I suffered from anorexia and self-harm. When I was severely ill would you blame me? After all it was my choice to stop eating. Or when I turned up at the A+E department needing to get stitched up, embarrassed and ashamed after self-harming, am I a waste to society because I did it to myself? Unless you have no compassion or empathy the answer is no. 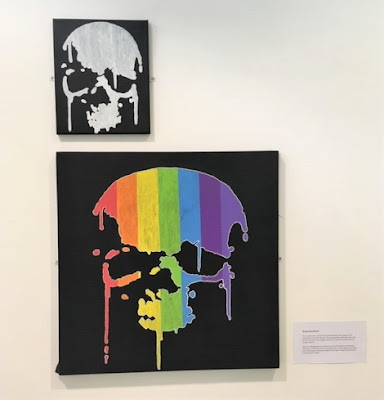 I struggled with these issues because I was abused. I believe that my mum’s guilt for not realising what was happening to me was one of the reasons she began drinking unhealthily. I was very ill with my own mental health when my mum found out she was pregnant again. My brother had his own issues which didn’t help and she had a new-born to look after. She was struggling. Who wouldn’t be? Everyday stresses, job worries, financial issues, a mentally-ill child who was stockpiling pills and running away. It was no surprise when she was diagnosed with post-natal depression and sent away with a supply of pills and an appointment with a doctor in a few weeks. A can of lager in the evening was the norm.

It’s so gradual. It’s hard to pinpoint when it became a noticeable problem. That can of lager in the evening becomes a few more, a bottle of wine a day which becomes a bottle of vodka. She was very good at hiding it. She drank to hide her anxiety. Every time she left the house she had a panic attack so she found a coping mechanism to continue to function. And it worked. For a while. We had no idea, we knew about the anxiety but she was ‘out and about’ so that was ok. However, we started to notice she was drunk more and more often and empty bottles were turning up around the house. That’s when it came to a head and we all knew she needed help.

People can forget about those who are around an alcohol dependent person because of the stigma involved. It becomes a family secret and if you do try to reach out people don’t know what to say. It can be incredibly isolating. I would dread coming home as I didn’t know what I would find there. Mum usually passed out, us having to make tea and look after my sister. If she was awake there might be a huge row between my mum and her boyfriend whilst I had to try and keep peace for the sake of the children. I felt responsible and that I had to keep it all together. I was taking time off college to help look after my baby brother whilst my mum was drinking. I would attend the parent evenings, and I was always the one who people offloaded their problems on. My mum, her boyfriend, my brother. I was there for them to vent at, but there was no-one for me to turn to. 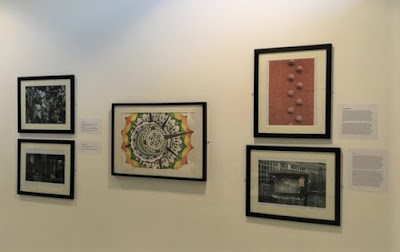 It was soul destroying at this time seeing my mum going to the doctors, begging for help. She was referred to the local Community Mental Health Team but was discharged after two weeks because she ‘didn’t want to help herself.’ I was missing college, and I was continually stressed and glued to my phone. I went to a GP. This was the same GP that had prescribed Diazepam for my mum for her anxiety which she was now dangerously mixing with the alcohol. I told him what was happening, and how stressed I was, and I hoped he could do something for my mum. He called the child protection services, which unsurprisingly left me unpopular with my family after that, adding to my poor mental health.

I used Google to find out about a national organisation called National Association for Children of Alcoholics (NACOA). I sent them a lot of emails and received good advice and support back from them. I saved the emails, and re-read them when I was struggling. Those emails got me through some dark times and difficult choices.

I am very lucky that my mum was finally able to get the support she needed. She made a full recovery with very little damage to her body. I am so proud of her as it is a huge achievement. Not everyone is so lucky. Some people cannot access treatment because they don’t have a permanent address, or the health professionals they are in contact with don’t understand their illness. They might not have the support or strength to recover.

A big issue is with dual diagnosis. If somebody is diagnosed with depression and alcohol dependency you need an assessment to access the service. To have the assessment you need to be sober. Do you see the issue here? It’s a vicious circle where the cause of the problem can’t be treated until the problem has been treated. But the alcohol dependency can’t be ‘cured’ until the depression is. One feeds the other and we need to understand this more as a society.

The idea that ‘they did this to themselves’ is so instilled in society that when someone tries to recover they are turned away. We need to fight the stigma and celebrate and nurture recovery. 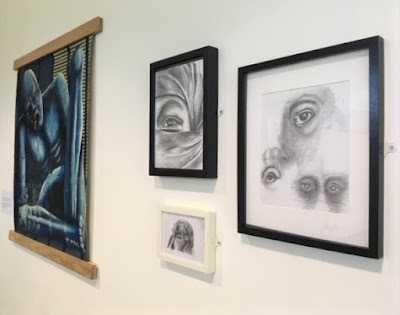 The photographs in this blog post feature artwork from a Project Kaleidoscope exhibition held in May 2019 in Newtown in Powys. Kaleidoscope is a charity which seeks to tackle the stigma that people with drug, alcohol and mental health issues face.

The exhibition was inspired by using forms of art in individual care plans to address drug and / or alcohol use. Service users and volunteers worked together to develop the display at the Oriel Davies Gallery, which showcased the creativity of individuals who had accessed support for substance misuse at some point in their lives. What their work has in common is how creative activities have played a significant role in exploring emotions, reducing anxiety, improving a sense of self-worth and helping to resolve other psychological conflicts.