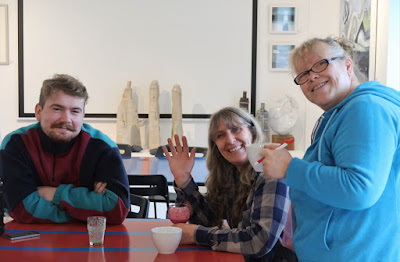 Earlier this month the Health & Wellbeing team at PAVO organised a Staff Wellbeing day for colleagues in the organisation. In Britain, most of us don’t tend to cultivate our minds in the same way we give to our bodies. We agreed it was important to give space to colleagues to consider their wellbeing and how they might look after it.

There are various definitions of “wellbeing,” from that promoted by the World Health Organisation to the Buddhist definition of Tibetan monk Matthieu Ricard:


"Wellbeing is not just a pleasurable sensation, it is a deep sense of serenity and fulfillment.
A state that actually pervades and underlies all emotional states
and all the joys and sorrows that can come one’s way."

The day, which took place at an amazing venue - the Mid Wales Arts Centre in Caersws - was totally dedicated to experiencing activities that might impact on people’s wellbeing. No presentations. No policies. No papers. Instead people could choose from the range of activities on offer, or they could just enjoy being in an inspiring place. 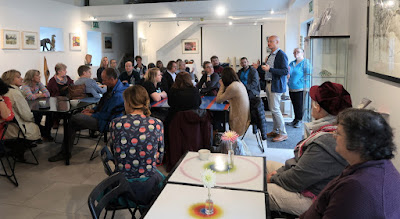 So I’m just going to give you a little bit of context around “wellbeing” and what that means. I think you all had the email about the Five Ways to Wellbeing – this has been promoted for many years across Wales and beyond. If I was to ask you to shout out those five ways to wellbeing to wake you up a little bit:
Mindfulness could be another, but I can see someone counting! That’s more than five! There are probably many others. In fact, in doing some of the research for today you can just get lost on the web in the amount of information about wellbeing. There are the Twelve Pillars. The Four Constituents. But it was really interesting to delve into that.

So those five key themes are what underpin lots of information around wellbeing. 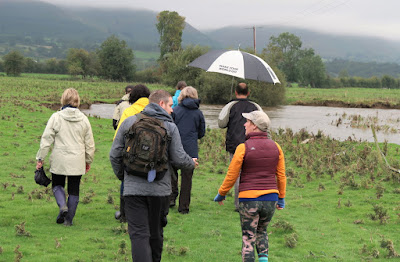 It’s been a real team effort today – that sense of coming together around a theme and / or something that really means something to the team. I think it’s what unites us. In terms of PAVO, as well, it unites us in terms of our work. We hear about the wellbeing of people and organisations. There isn’t one organisation that isn’t about wellbeing on some level. 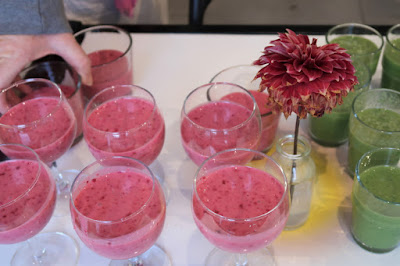 Even from providing freshly made smoothies this morning it was all about – how can we set people off in the right way in terms of really feeling that sense of wellbeing – even about what you’re taking into your body. Even the food today has been really mindfully considered in terms of local ingredients, where it’s come from, how it’s been put together. The venue has also been carefully considered in terms of what that brings for us, and hopefully it allows us to be creative and indulgent, just to be in this beautiful space.

I just wanted to talk a little bit about the day. We have had some colleagues feel a little bit uncomfortable about today. We can all put our hands up and say we are uncomfortable about some things when we head into areas we haven’t explored before or experienced before. And one of the things about today was to move away from the theory of wellbeing, ie: the words, to being more able to experience an activity and / or activities and what that looks like.

Again, we all have ways of enabling or working with our wellbeing. Today was just to give you a flavour of what could be and what different activities could augment or give you a sense of wellbeing. And most of these activities have an evidence base behind them. So they are known to lead to wellbeing. Walking, for example, or, indeed, meditation. 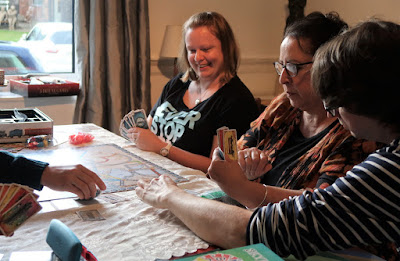 And something I explored earlier this summer with Academi Wales was the concept of moving into your ‘negative capability’. If you look up the words ‘negative capability’ it’s actually been around for quite a long time, it was the poet Keats who came up with it. He talked about exploring the edges of where your comfort levels are or what you think are the things you should be good at. And what he was talking about was moving into that negative capability, about understanding perhaps those areas where you might explore which might give you a sense of capability or, indeed, wellbeing that you might not think would give you that.

And so part of today was also about exploring that, about offering new opportunities such as Laughter Yoga. How many people here today have experienced Laughter Yoga before? Okay, a couple. Even I had a particular viewpoint of Laughter Yoga which turned out not to be the case! Because I said, “we’re not going to do that are we?” And then the team said, “No, no, it’s not like that at all!” 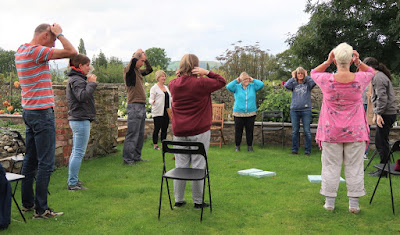 And if you’re in an activity where you think – argh, I just cannot get into this, this is not what I want to be doing – don’t do it. Just leave or sit and be observant. Be mindful if you’re sitting on the outside what that might feel like to the group, but it’s not about forcing you to do something you don’t want to. It’s really about your wellbeing and your responsibility, your ability to respond to that yourself. 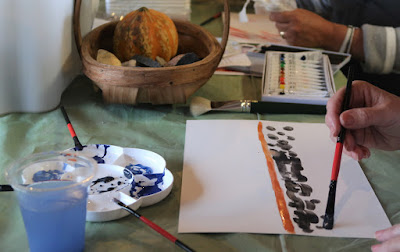 I was speaking to S earlier, something that came up about that sense of moving into something you’re uncomfortable with. When we were talking about the day S said – “Oh, I’d like to do ALL of those things, apart from meditation. It’s not really for me.” So I laughed and I said, “oh, that’s interesting because I’m actually leading the meditation.” And she said to me, “Well, if you can be quiet for that long…!”

And I think it’s really important to add that S said that she doesn’t feel that it’s the right thing to do this morning because she’s had a family upset and she’s really looking after herself in that way because she feels that being in that environment – maybe being quiet, closing your eyes or whatever might come up – is not what is comfortable for her today and I really honour that – that you’ve looked after yourself in that way. And that you’re vulnerable and saying that I’m not in that good space today. Again it’s really about saying if that’s the place you’re in then that’s OK.

OK, so the aim for the team today is that you have fun! And that you explore different things that you’ve maybe not indulged in before. That you in essence flourish. That there’s a sense of wellbeing when you walk out this afternoon. So we’re hopeful that that is going to be the case. 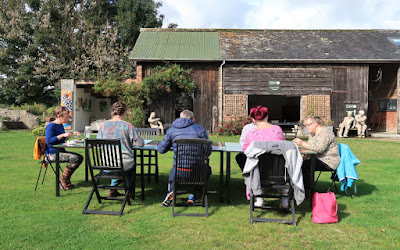 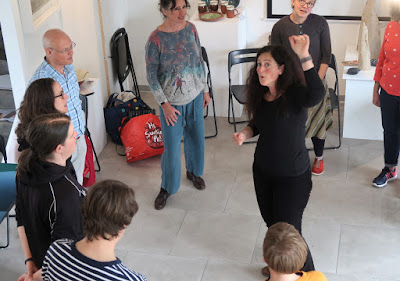 Freda rounded off the day by suggesting how colleagues could link with community organisations to pursue activities they may have enjoyed:

We’ve experienced quite a lot of different things today and the opportunity is there to use our Community Connectors to connect ourselves with our local communities for those of us who would like to go forward and maybe take opportunities to do classes / activities, whether it’s pottery or Tai Chi, meditation, or anything really. 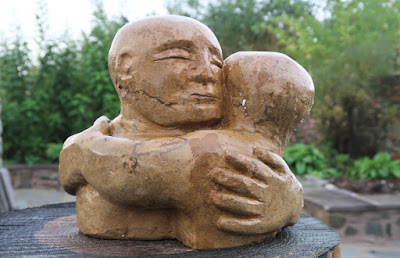 If you have any thoughts about wellbeing, and how to encourage it to flourish, let us know in the comments’ box below.