Recently several readers of this blog have said that they would like to post about their own experiences of mental distress. So, here we have the first guest blog, on the subject of Post Natal Depression, from a friend living in Mid Powys: 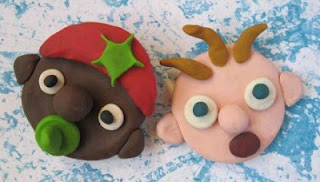 "The 'baby blues' arrived, but they never left.  I can only describe this as soul destroying; it was like a physical ache in my chest.  I was living on auto-pilot caring for this baby just as I should, under a suffocating black cloud. The fact that this baby was my responsibility 24 hours a day, 7 days a week was completely overwhelming, and an enormous shock.   There was this beautiful baby that everybody else worshipped and adored, but I felt nothing towards it.  At my worst, I left the baby with my husband, got in the car on my own and drove. I didn’t know where I was heading, I didn’t care if I had an accident, I just wanted to stop hurting.  I battled on in denial for 6 months, before I broke down with my health visitor, who made an appointment for me at the doctor's.  Going to the doctor’s was the easy bit.  I was prescribed anti-depressants and referred for counselling.  The medication took effect quite quickly and I started to feel the cloud lift.  Going for counselling was really hard.  I was sat in the waiting room, thinking I didn’t need to be there, and was just about to bolt, when the counsellor came to get me.  Counselling turned out to be the best thing I could have had.  She helped me to understand that I had undergone some major life changes in a very short space of time, and that sometimes it can be just too much to deal with, and something has to give.  I had about 5 sessions with the counsellor, and stayed on the medication for about a year and a half, coming off it when we were thinking about having another baby.

Fortunately I didn’t suffer after our second child was born.  I saw the consultant shortly before the baby was due because they thought it was breech.  The baby wasn’t breech; the consultant was more concerned that I had suffered from post natal depression previously.  I found this really reassuring.  I was watched closely by the health visitor and doctors to make sure that I didn’t suffer again. The ‘baby blues’ were just a blip, and went as soon as they came.

I battled with guilt for a long time, as I felt sure that my baby could pick up on how I felt.  This of course was not the case.  We are now bonded for life.  We have our ups and downs as any healthy family does.

I know now that depression is my ‘achilles heel’ and I have been on medication intermittently since, as I know that it will help me.  I also know when I don’t need to take it anymore.

I would urge anyone who finds themselves in the same position to go and get help.  You deserve not to feel this way, and there are people out there who can help you.  Don’t suffer in silence."

There is some really useful information about Post Natal Depression, along with links to other support groups, on the Mind website here.

And there is an online Welsh support group for men whose wives or partners are experiencing post natal depression called Fathers Reaching Out.
Posted by Jackie N at 19:01